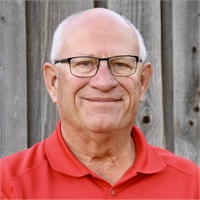 As the founding principal, Jim Brubaker started ERSI on the simple philosophy of, “success starts with goal setting.” Bringing about goal setting is more than having a vision, it is about knowing how to get there. Jim founded ERSI to be a place where successful business owners and professionals could set the right goals and develop actionable plans to meet them.

“I entered the financial services industry in 1972 after earning my B.S. from the University of Nebraska. Across three decades of experience, I recognized a pattern. Business owners represented a grossly under-served market. Given more than half of them would reach the average retirement age within 10 years, I opened ERSI to better serve their business and individual goals.”

Since then, Jim has been fortunate to watch many clients actualize their visions and confidence in their financial future.

“At the beginning and at the end, it is about family.”

The importance of family cannot be overstated for Jim. Inspired by both his parents and brother Don, Jim created ERSI as an amalgamation of individuals into a family, whether biological or not, to serve together as a team. Building the ERSI family has led to the creation of a culture where friendships are forged, teamwork is celebrated and success is shared.

Outside of the office, Jim is often found either with the two ‘G’s - golfing or grandkids. While a long-term resident of Colorado, Jim grew up in Nebraska and enjoys the occasional winter golf trip to a warmer climate.