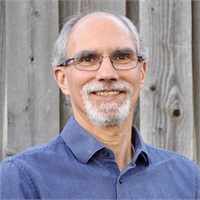 Gary B. Sidder, Ph.D., CFP®, has enjoyed a successful career mixed of both observation and action. Prior to working in financial services, Gary worked for two decades as an economic geologist. The serendipitous career transition came from an introduction from a CERTIFIED FINANCIAL PLANNER™ professional and it was love at first sight, “As soon as I learned about financial planning it was like everything clicked. That day I made the decision to change careers and never looked back.”

As an economic geologist, Gary travelled the world researching and presenting information about geological resources to advise and coordinate both mining companies and the governments which regulate activities. These skills would translate into his role as a Wealth Management Advisor by developing the technical skills necessary to analyze large volumes of information and facilitate discussion at the executive level.

In 1999, Gary took the step of opening his own firm - Life Transition Planners, Inc. and ran it successfully until 2017, when his firm merged with ERSI.

“I’m often asked how I found my way from geology to financial planning. My geological training and passion for numbers equipped me to manage my own family finances in a way I had not considered before. It helped my wife and I, I knew there were many others who would benefit greatly - allowing me to make more of an impact in the lives of others than I ever would studying minerals.”

Gary and his wife Francie enjoy spending time with their sons Aaron and Daniel and their wives Rachel and Susie. If you visit Gary and Francie, be sure to keep an eye out for their dog Miggy and cats Saussy and Kelli.

Outside of work and science, Gary would like to visit Scandinavia, China, Japan and Africa. Locally, he can be found bike riding in the picturesque paths of Colorado.